There is a fine line between litter and a gift left behind for the greater good.
Don’t get me wrong.  I’m certainly not in support of tossing super-sized garbage out your car window just because simultaneously driving, texting, and sipping a half-caff while cleaning out your purse is way too much to handle… but there truly are times when one man’s trash is another man’s treasure.  I learned this first hand.
There is little I appreciate more than a walk down Melrose Avenue, stroller in tow.  Whether for the distraction, the exercise, the smog, the bargains or the people watching, it is a savior for me.  And having your savior available 365 days a year should never be underestimated.
Yes, there is “garbage” to put up with a long the way- congestion, stoplights, hoards of "self-medicating" smokers and the occasional sidewalk sleeper.  But for me, this adventure is part of why I love LA.
I recently woke up not on the wrong side of the bed, but on the wrong side of the world.  Hours later, still in a funk, I went for the usual stroll.  While a gust of wind in this city can bring you anything from a warm desert breeze to a mouth full of exhaust, on that day it brought me this: 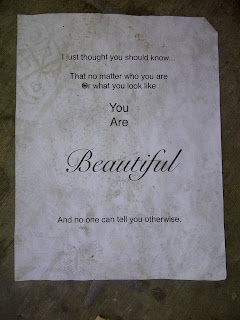 I cannot imagine how much “litter” I have ignored in the streets of Los Angeles, but something opened my eyes to this- and they haven’t closed on it since.  Though tempted to bring the paper home, I wanted more to leave it behind for the next passerby.  The message, I brought with me.
Fast forward to yesterday.  I had lunch with my sister and discussed some pretty big life changes on the horizon.  Afterward, I felt the need to recommit to my passion, my life and myself.  Upon leaving the restaurant, I drove down a random alley to hop out and grab something from the back of my car.  When I pulled over, this was what I saw: 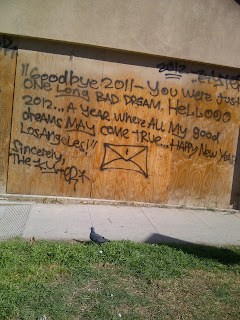 Wanting to share some positivity with the world, (or at least a few hundred people), I tweeted the photo, tagged “I Love LA”.  I drove away feeling completely re-energized and as I turned up the radio, with the most serendipitous of timing, I heard the very first notes of Randy Newman’s famous song. 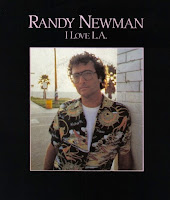 Clearly the person who discarded the note on Melrose hoped for the message to spread.  Whether a regular dude paying it forward after receiving a similar gift, or a struggling artist with a hope the deed might land him a guest appearance on Ellen, or even just a selfless Good Samaritan, it doesn’t matter.  I am thankful, regardless.  As for the graffiti artist, property damaged aside, the same applies.
I grew up in Connecticut and spent several years in Boston before moving to California, but don’t remember ever encountering such poignant messages on garbage or graffiti.  Maybe I was too naive to notice;  Maybe I wasn’t looking.  Or maybe we see only what we want to see.
Inspiration can be found in the unlikeliest of places.  So keep your eyes open.  You may end up wanting to hug a litterbug.
Posted by Karri-Leigh P. Mastrangelo at 4:03 PM

The unopened Ab Roller purchased after a late night stint with “Bridget Jones’s Diary” and a pint (ok, quart) of Ben & Jerry’s Chunky Monkey...
A stack of unlabeled VHS tapes that you intended to have transferred to DVD over a decade ago, once humans survived the turn of the millennium...
Two dozen faded, over-sized concert t-shirts that you’ll never wear, but must retain as proof that you used to be cool...
Boxes of photographs with beer-holding friends you swore you’d never forget, though their names seem to escape you...
I could go on and on, but you don’t need a reminder of the many things you trip over each time you go into the basement, or pay to store at a place that was a total bargain because the first month cost only a buck.
In our closets, our brains or our personal lives, we’ve all got clutter.  What sets us aside is how we handle it.
Two love affairs began during my most recent pedicure: one with Katy Perry’s OPI nail polish line, and the other with Gretchen Rubin’s book “The Happiness Project”.
As the author brilliantly broke down categories of clutter, I broke down over the realization that I had a perfect example of each.  Am I getting rid of them? Hell no.  But I have decided to share them with you.
Here are the categories, with a bit of how Rubin describes them, then illustrated with a photo from my personal collection.
Nostalgic Clutter: “made up from relics I clung to from my earlier life”
Conservation Clutter: “made up of things that I’ve kept because they are useful- even though they’re useless to me”
Bargain Clutter: “which results from buying unnecessary things just because they are on sale”
Freebie Clutter: “gifts, hand-me-downs and giveaways”
Crutch Clutter: “things I used but I knew I shouldn’t”
Aspirational Clutter: “things I owned but only aspired to use”
Outgrown Clutter: “the flipside of aspirational clutter”
Buyer’s Remorse Clutter: “when rather than admit I’d made a bad purchase, I hung on to things until I somehow felt they’d been ‘used up’”
The fact that I could have thrown each of these items away in less time than it took me to take and download their photos speaks volumes as to where there fate lies…  for now.  But sometimes the realization of the things we must do is enough to inspire meaningful, beautiful change in the future.
Posted by Karri-Leigh P. Mastrangelo at 3:12 PM

I’ll never forget the night I dialed 911.  A fire raged in my neighbor’s garage and I stood at our fence holding a garden hose with the force of a sloppy drool.  After (seemingly) hours of waiting for firemen, the operator said I’d been on the line a mere 4 minutes.  Seconds later, I heard sirens.  Moments later, the fire was contained.  Though a few homes had damage, luckily mine did not.  More importantly, no one was injured, and I had survived one of the most terrifying moments of my life thus far.
I am unsure of what brought about my fascination with 911 calls.  My mother was an emergency room nurse and my father was a paramedic before owning his own ambulance company, so I have always assumed it’s in my blood.  But I can't help but wonder, is it in yours too?
In July of 2011, I read the tragic news of Olympic Medalist Jeret “Speedy” Peterson’s suicide in the remote woods of Utah.  17 months after the skier took home a silver medal, he took his own life.  Moments prior, Peterson made a 911 call notifying officials of where they could find his body.  TMZ posted the recorded call on their website, and I made the much regretted decision to listen.
The comment section on TMZ is often even more fascinating than the news itself, and this was no exception.  I scrolled and read as numerous strangers sent condolences to his family and speculated how a life so accomplished could take such a turn.  What I failed to see though, until now, was outrage over the fact that 911 calls may be released to the public.
More recently, a friend of Demi Moore phoned 911 when the actress began convulsing after smoking an “unidentified substance”.  Once the call was released, several celebrities (including George Clooney & Kim Kardashian) shared their shock over the invasion of privacy and exploitation of this life-threatening event for media promotion.  Sure, it took a near Mrs. Kutcher (for now) overdose to bring it up, but the issue was finally receiving some much-needed attention.

When I listened to the agony in Jeret Peterson's last words, I heard heartbreak.  When I listened to Demi’s call, I heard the familiar “cha-ching” of a cash register.  What I have yet to hear though, apart from television ratings and magazine sales, is the benefit of broadcasting either.
Some may argue that to share these stories helps highlight and educate about the risks associated with dangerous behaviors, and I agree.  In a way, this is reality television in it's truest form.  Still, I wonder how 911 audio recordings contribute to the lesson.
Many times in my professional career I have wondered where to draw the line between entertainment and endangerment.  This issue certainly makes us question if and when a private life may rightfully become public.  But more importantly, it should make us question our OWN privacy, and what we can do to protect it.
Really think about it...  I guarantee you don’t want the next 911 call made public, heaven forbid, to be yours.
Posted by Karri-Leigh P. Mastrangelo at 4:13 PM

For the first time in over a decade, I have pre-Valentines Day jitters.
The typical woman panics:  Will I get long stem roses at the office?  Will he finally change his Facebook relationship status?  And if so, should I take a bigger risk with my bikini wax?

But not me.  My greatest concern is not if, but when, my toddler will feel her first tinge of a broken heart.
There’s a reason why young boys are playing little league and using a magnifying glass to spot their first chest hair while young girls are watching Heathers and Jawbreaker (ok, Mean Girls and Gossip Girl).  As boys train to be men, girls train to be bitches; and preschool is their boot camp.
Thus, there is much to be taken from the Valentines your child receives- or doesn’t.
* Don’t be too quick to assume the kid who doesn’t hand out cards has an absentee parent, or is a Jehovah’s Witness.  More than likely, the “oversight” is an intentional way of putting a vibe out that child is “too cool”.
* I stayed away from boys that liked Dungeons & Dragons, and I will be sure my daughters steer clear of any boy that likes The Wiggles. 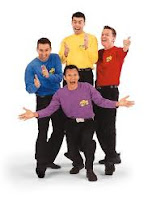 * These days it takes weeks of study to memorize a preschool class roster.  Perfect spelling of an unusual first name is good, but include the middle name correctly and you’ve basically offered a promise ring.
* Those at the top of their social game will choose a box of cards featuring an ensemble cast, and give them out hierarchically.  Simply put, you want your daughter to get the Jennifer Aniston, not the Lisa Kudrow.
* Cinderella and Sleeping Beauty are so 2000 & late.  Popular girls give (and receive) Ni Hao Kai Lan.  She speaks Mandarin Chinese.

* Chubby girls will try to beef up the skinny girls with fattening candy, and the hope that they can eat them together.  Though I’d love to make assumptions about the boys who give pretty girls fat free sweets like Twizzlers & Gummy Bears, I’ll blame his (probably bitch) mom instead.
* I’m not saying there is sexual innuendo in all classrooms, but I’d keep an eye out for the girl who gets lots of references to Jasmine. 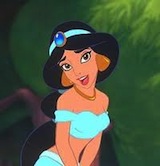 * Sweetheart candies have come a long way since “Be Mine”, but spot one that reads “Let’s Sniff The Glue Together”, and you’ve got problems.
I’ve often wondered when life gets easier, and heard that it doesn’t.  I wish I could tell my girls that their hearts will remain intact forever, but it would be a lie.  Whether they shed tears over the loss of a V-tech toy or of their V-card, it’s all the same.
The key is in teaching them to love themselves more than anything else, and stay whole despite a broken heart... remembering, all the while, that a broken heart leaves more room to let love in.