I couldn't sing the phone book if Randy Jackson paid me too.  Hell, I can barely sing "Twinkle, Twinkle Little Star" without toddlers booing me.  Therefore, my critiques of the musical performances on American Idol hold absolutely no weight.  But a wedding proposal?  [insert record scratch here]

Maybe it's because I had a front row seat for this...  (OK, clearly it was second row, but still.)

Or, maybe it's because despite not seeing their proposal first hand, I saw these two fall in love and then helped them plan the wedding of a lifetime...

But I do feel entitled to have an opinion on your wedding proposal- especially if it broadcast on live television.  For that reason, I have not been able to get this image out of my head for the last 24 hours. 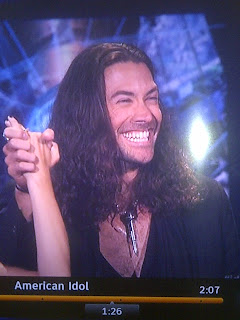 So while I mean not one iota of disrespect to Sir Ryan Seacrest, I must apologize in advance to Diana DeGarmo and Constantine, I mean, Ace Young.

First things first.  It just me or does this not look like a skit from SNL?

Then, I put the terrible wardrobe, product placement and "butt mistaken for cheek" implants aside and looked for the beauty... the romance... the connection...  But all I kept seeing was Ryan Seacrest wondering:

A good mother always plans ahead.  She knows how many sippy cups she can fill before the milk runs dry, how many McNuggets she can fling to the back of her minivan before rushing to another drive through, and of course, how many shopping days she has until Christmas.

So in celebration of Christmas 2012 being (basically) right around the corner, here are some suggestions for how to let your mommy-friends know you have no freaking clue how to shop for a baby.


OK!  OK!  I'll give some positive reinforcement.  If you buy any of these items, you get a gold star.


Now hurry up and get shopping.  You just lost a day.

Posted by Karri-Leigh P. Mastrangelo at 1:27 AM

Not gonna lie.  I prefer several E! News correspondents over Giuliana Rancic.  In fact, I’d rather listen to the stage security guard on the mouse that ran under the catering table than Giuliana on just about anything… other than her recent baby news. 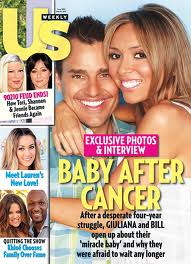 Ever since Giuliana and Bill Rancic announced that they are having a baby via a surrogate, I can’t get enough of them.  Here’s why.

I remember the first time I worked up the nerve to use the phrase, “when we have kids someday” to my then boyfriend, now husband.  His response, “you mean IF we have kids”, concerned me such that I began brainstorming the perfect dating website username.  Then he clarified his thought.

“Children are a gift, and not everyone is lucky enough to have them”.

I was just out of college.  I was young, healthy, and could play a mean game of beer pong.  A fertility problem was the furthest thing from my mind. 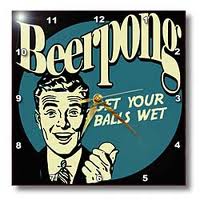 Time passed.  As my drinking skills began to rust, my biological clock started to tick.  Suddenly, it was time.  Be it luck or science, I had no difficulty getting pregnant with either of my “gifts”.  Still, I had learned something.

Many of us take fertility for granted.

As teenagers (ahem, young adults) we damn our fertility, or use it as a big chance to score the upcoming season of 16 & Pregnant.

Nearer to childbearing years, fertility is something we keep in the back pocket of our favorite jeans for safekeeping. 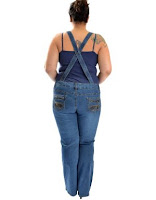 Then one day, you’re ready.  You stretch your arm out around the curves you will never have again, and reach for the pocket- but it’s empty.

Cue Giuliana.  No designer jeans or Hot Hollywood [insert career here] could buy what she was looking for.  My heart broke for her, as it does for any woman who struggles with infertility.

But as the saying goes, “only if you have been in the deepest valley, can you ever know how magnificent it is to be on the highest mountain”.

I cannot begin to imagine the pain that Giuliana & Bill have endured, but I do know how overcome with joy I became at the announcement that they, too, will know life’s greatest gift.

(PS. I just quoted Richard Nixon with regard to Giuliana Rancic.  Beat that, Oprah.)
Posted by Karri-Leigh P. Mastrangelo at 11:12 AM

LA Parent Magazine Posted An Article About My Bosom

Yes, it's true.  The website for LA Parent Magazine posted an article about my bosom.  Thankfully, I am the one that wrote it.  Whether you are a parent, have considered becoming one, or even have one, you should read it.  (Pay attention people... that definitely means you.)  I hope you'll enjoy it- and if you do, please leave a review.

According to Radar Online, Nadya Suleman (aka “The Octo-Mom”) spends over $500 a year on her gym membership.  This has at least a few people in an uproar, seeing as she was photographed heading to the gym yesterday- moments after filing for bankruptcy.  Me?  I’m proud of her busting a move at a measly 10 bucks a week. 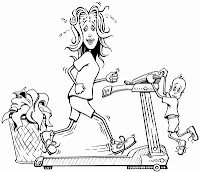 First of all, she lives outside of Los Angeles, home of the world’s most extravagant gyms/beauty pageants.  While I’d like to reveal what I pay for my own gym membership, I can’t, because I don’t have one.  BUT, I know several people that pay upwards of $200 a month for theirs.  ($40/month suddenly seems like a bargain, right?)

Secondly, I should hope that any single mother of fourteen children is doing all she can to preserve her health and well-being.  The longer those hungry, misbehaved and Nickelodeon addicted children remain their mother’s responsibility, the better… right?  (Or wrong?  I'm actually unsure about this one...) 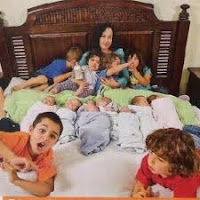 Lastly, Suleman receives government assistance to care for her children.  Welfare helps put food on her table, and common sense suggests that she receives state benefits for medical costs.  So, shouldn’t it then be her duty to care for herself to the best of her ability?

Most importantly… anytime that she spends NOT pro-creating seems time well-spent to me.
Posted by Karri-Leigh P. Mastrangelo at 12:41 PM