When I was in elementary school, Joan Lunden was the face of Good Morning, America,  and my grandfather was always telling me how much we looked alike.  I never knew how to take that, as there was a big age discrepancy, ultimately I think I enjoyed being compared to someone famous.

But, my grandfather couldn't leave it at that.  At some point in the early 1980's, he felt the need to let Joan know exactly how much she reminded him of his favorite granddaughter.  (OK, I added the favorite part.  What grandkid wouldn't?)

Shortly afterward, I received this in the mail: 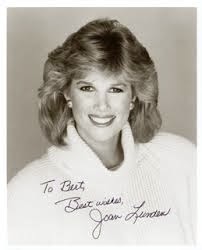 Well, not exactly that.  Mine is packed away at my mother's house in a trunk full of memorabilia.  I found this one on the internet (sorry, Beth).  But it was the very same headshot, addressed to me.  Correct spelling, and all.

I've often thought of that photo.  I had yet to complete even one decade of my life, and had no idea where the road would take me.  Had someone told me at the time that I'd become a bit of a journalist myself, I'd have laughed.  It's so true what they say... You really never know.

I certainly never expected this. 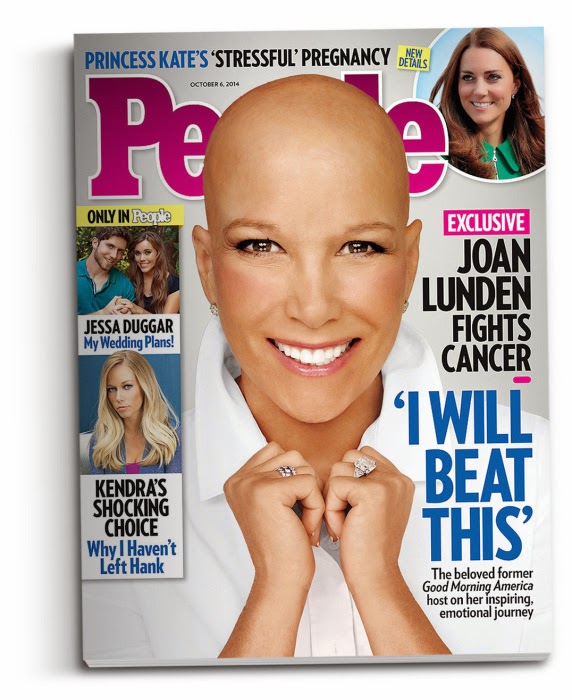 And have stopped in my tracks every time I have seen it thus far.  Though, not for the all the reasons you may imagine.

My father was diagnosed with brain cancer when I was in the ninth grade.  I will never forget being told that he had a brain tumor the size of a grapefruit, or the mumble like a parent in Charlie Brown that played in the background afterward.

Very, very long story short, my father battled cancer for just over 3 years.  Ultimately his brain cancer went into his bones, which is a pain I wish onto no one.  He was unconscious on the day I graduated from high school, and died less than a month later.

My father died in 1994.  That was 20 years ago.  Cancer research and treatment have come so far since then that the disease is no longer an immediate death sentence, or a death sentence at all.  And while breast cancer is very different from bone cancer, I cannot help but wonder how my father's prognosis could have changed had he been diagnosed now.  I'm not saying he'd have lived to be a centurion, but I doubt he'd have died before his forty-fifth birthday.  He could have been given some of his life back.  Maybe he'd have met one of his two daughter's husbands... or even a grandchild.

When I see that photo of Joan, the newer one, I am filled with hope for her.  I am filled with a hope that those battling cancer get to live the rest of their lives, happy and healthy, in honor of those who didn't.  In honor of my Dad.