Trophies for Childless Women? I Want One Too.

I have made many a life-changing decision, but never expected a trophy for even one.  In fact, it‘s often when I’ve made some of my larger, more difficult decisions that I expected more backlash.

Still, I am a little surprised by the wave of support for women who decide to remain childless.  But please, before you go getting your granny panties in a bunch, hear me out. 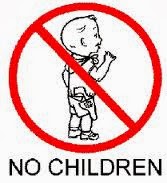 I'd happily be the very first in line to say that many people should not have children.  In fact, there are way too many people who’ve had children that should never have, or should have them taken away.  I am also a huge advocate of (and likely future participant in) adoption.

I am not one of those women who dreamt about my fairytale wedding.  I had no idea what I wanted my gown to look like until I put it on, and even then I surprised myself.  But what I did always know was that I wanted to be a mother.  I could always picture a growing family.

Thankfully, I was not faced with a split “do I or don’t I” decision with regard to childbearing.  But if I had been, or even if I had known from the very start that motherhood was not in my future, I wouldn’t have expected any more accolades for it than I would for being a mother of many.

* surely this leaves a lot up for interpretation, but that’s another discussion…
Posted by Karri-Leigh P. Mastrangelo at 11:07 AM

We had one of the best and busiest weekends we’ve had in some time.

Friday night kicked off with a pizza party play date for the girls (and some killer apple cider sangria for the moms). 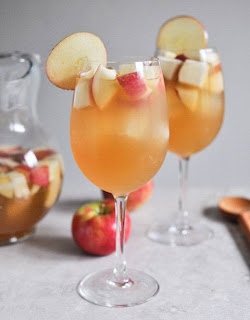 Next up was Saturday's trip to Underwood Family Farms where we picked our own fruits and vegetables and visited some really cool animals. 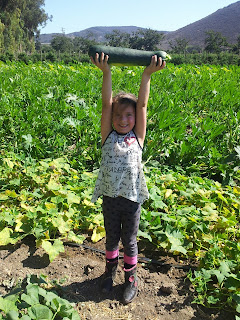 Then, as the mother of the youngest female boxing fan on the planet, I could not deny my 5 year old a chance to stay up late for the Mayweather/Canelo fight (which she didn’t actually watch). 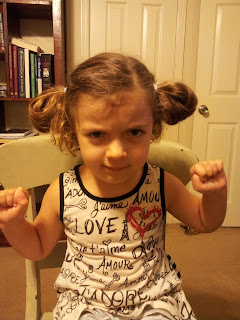 And while you’d think a lazy Sunday morning was in order, you’d be wrong.  Instead we trekked up to Sunset Ranch where the girls got to meet (and ride) the newest addition to my sister’s family. 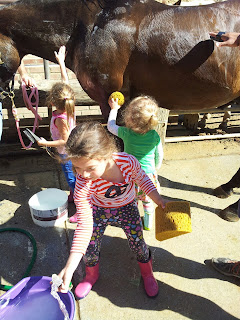 Come Sunday evening, I was exhausted, sun kissed and sore.  So when I put the girls into a hot bubble bath, I couldn’t resist joining them.  Admittedly, I’m usually in too much of a hurry to hop in the tub with them.  So this was a special occasion, for all three of us.

Bedtime stories brought upon an all too brief hibernation, interrupted by the race to get to school on time for Monday morning.  As we packed up for the day, the girls were excited to share with their classmates how they’d picked the berries and cucumber sticks in their lunchboxes right off the vine.  What a great way to start the week…

The day flew by, as they always do, and before I knew it I was chatting with my Kindergartener about her day.  “We talked about what we did on the S days”, she said.  Selfishly, I asked what she had told them, anxious to hear how she described our fun-filled weekend.  Her answer?

“I told them I took a bath with Mommy”

After all the excitement, the hustle and the bustle, it was bath-time that mattered to her most.  Looking back, though I am a tad embarrassed she told her entire classroom about it, I feel the same way.

Posted by Karri-Leigh P. Mastrangelo at 10:56 AM

Where Were You The Day AFTER The World Stopped Turning?

We’ve all thought about where we were when the world stopped turning on September 11th, 2001 at 8:46am EST.  But more importantly, where were you on September 12th?
I had set out on a cross-country drive for my move from Boston to San Diego.  My then boyfriend (now husband) and I had left the east coast several days prior to cruise the northern route on our way out west.  We had covered quite some territory come the early morning of September 11th, when he ran out to the car to grab something and a hotel housekeeper (ok, it was a motel housekeeper) told him to put on the news.

After a few hours glued to the television (and many calls to family and friends back east) we left Wall, South Dakota for Mount Rushmore, just a few miles down the road.  Of course, the spot would not open, nor would any other National Park on the duration of our drive.  We continued on.

It was the following day, September 12th, that the heavy dust began to settle not only in New York City, Washington DC and Somerset County, Pennsylvania, but also around the world.  And while most people were battening down the hatches, locking up their homes and holding onto their loved ones, I was driving down lonely highways and eating at dreary rest stops.

Still, I was incredibly inspired.  Almost every 18-wheeler we passed was plastered in American flags.  Bed sheets painted with words of inspiration hung from overpasses and car dealerships used their big, obnoxious signs not to advertise a great deal but to offer words of support.

It was clear the world had changed not only because “I Love Lucy” marathons looped on our televisions or because I had suddenly developed an unlikely obsession with NPR, but because the nation had suffered a tragedy not as individuals, but as one, and we had survived.

We survived in honor of those who didn’t.  We survived with new awareness of how fragile life can (and cannot) be.  We survived for the overwhelming need to support those who had lost.  And we survived, most simply, because we had lived.

While the 9/11 attacks are surely the most devastating world news event of my lifetime thus far, I fear they are not the last.  Most recently, in response to the school shooting in my home state of Connecticut or the bombing of the beloved Boston Marathon (which I completed, ironically in 2001), the same questions remain.

How do we pick up the pieces?  How do we pay due respect to the victims, but not let grief destroy the living?  How do we teach our children about tragedy and loss but keep their perspective positive and healthy?  And how do we remember the past but still move on with the future?

There are so many answers to each of these difficult questions that I fear sometimes they are best asked rhetorically.  In the coming days, and years, every news outlet from tabloid programs to medical journals will try to answer them, as will I right now.

The Parenting Rite of Passage I Almost Got Wrong

I have palm and fruit trees in my yard.  I don’t own a winter coat that would actually keep me warm in real cold.  I wear flip flops on Christmas.  And though I rarely take advantage, I could hit the beach close to 365 days a year.

Clearly there’s a reason why Southern California is consistently voted the most desirable place to live in the United States, but having been born and bred in the North East, living on the left coast definitely requires some sacrifice.  We’ve missed many a birthday, barbeque and blizzard, but that’s not all.  This summer taught me that we’ve blown one of parenting’s greatest rites of passage.

Unlike many who use Facebook only to put their best foot forward for others, I use it to take a step back.  I actually read your posts and look at your photos (assuming they are not of abused animals).  I enjoy seeing where people’s lives have taken them partly because I truly care, and partly because of the perspective it gives me on my own life.

So to all of you that hopped planes to Orlando this summer to spend tons of hard earned money on airfare, hotel rooms with fold out cots, pricey character breakfasts and day after day of long lines at Disneyworld, I envy you.

My mother treated my girls to their first trip to California's Disneyland to jointly celebrate their 2nd and 4th birthdays.  We slept at home the night before and the night after.  We drove less than 90 minutes, round trip.  We didn’t have to deal with time zone changes, monorail stops, or forgotten toiletries.  And we visited the park on a holiday, so the lines were minimal.  It was simple… and perfect.

Now for those of you mumbling “screw you” under your breath, I say “right back at you”.

My friend Kim Trespicio O’Brien, Bolton, Massachusetts mother of Mason (7) and Kenzie (5), says she asked her husband Joe how long they’d have to wait to bring her firstborn to Disney just moments after she brought him into the world.  And while they did end up waiting until both kids were out of diapers and over naps, they’ve taken the trip more than once since.  “I will say that the kids enjoyed it more than us” she says, “but I wouldn't bet everything on that.  I'm appreciating it through new eyes as an adult and a parent.”

Well I saw the photos Kim posted on her Facebook page, and my money is on her. 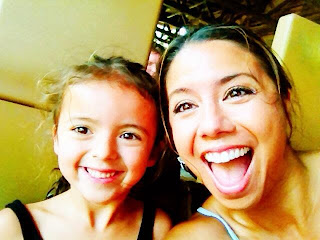 My mother often jokes about the time we drove from Connecticut to Orlando.  I was three years old when we took off from our home in the middle of the night to pick up friends that were traveling with us.  As we pulled into their driveway, less than 30 minutes from ours, I awoke and asked “are we there yet?”

My girls don’t yet know that Disneyland is just a speck compared to Disneyworld.  They have no idea what that big golf ball is, or what the tasty lollypops are that everyone would bring back to their classroom from “overseas”. 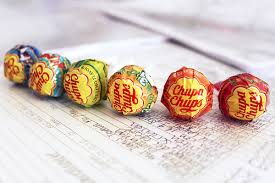 Still, one thing is quite clear.  Someday, they will start asking for things bigger and better than what I can offer them…  a new car, help with college tuition, or the wedding of their dreams.  And while there is definitely value taught in having to say “no”, I look forward to the few times I can say “yes”... including, of course, the day I can say "Yes, we're going to Disneyworld".