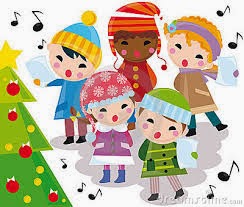 You know by now that Christmas is a big deal in my house.  From our (naughty) Elf on the Shelf to my Operation Christmas Child drive, I am all about the holidays.  In fact, I am not past blaring Motown carols as a mood booster in the middle of August.

My eldest daughter was four and a half years old when she ran into the den last Christmas morning to see if Santa had visited.  Surely the excitement of a mountain of toys, shiny packages and some half eaten carrots left by the reindeer distracted her for a bit, but before long she was peering out the window sadly.

Later that afternoon we drove to my sister’s house, a mere 15 minutes from our own.  Quietly she sat in the back of the car, until we made our last turn.  “Ugh… There’s no snow at Gigi’s house, either?”

My heart broke.  One of our two previous Christmases in Connecticut had brought a blizzard, and the other at least some toxic slush- but did she really expect snow in Los Angeles?

Then I remembered my seasonal anthems.  Everyone from Bing Crosby and the Ronettes to Elvis and George Michael had been part of our daily dance routine for weeks, and they are all singing about snow on Christmas morning.  Clearly she was paying way more attention to the music than she does to my instructions to insert absolutely any task here.

Anxiously, my mind went immediately to one of my favorite carols, Band Aid’s “Feed The World (Do They Know It’s Christmas)”.  And while I’m not willing to admit how old I was when the song first hit airwaves in 1984, I was definitely old enough to be disturbed by the lyric “the Christmas bells that ring there are the clanging chimes of doom… Well, tonight thank God it’s them, instead of you”.  Had my young daughters heard that line?  And what did they think it meant?

Decades later, no matter how festive I feel, it still makes me cringe.  And I hope I’m not the only one. (I mean, of everyone involved in that production, at least Bono should have known better.)

Though a year older now, my girls taste in carols hasn’t moved much beyond “I Wanna Hippopotamus For Christmas” but I am preparing myself for when it does.

Somewhere in between watching music videos where George Michael ironically stares at a female beauty through sparkly garland and Mariah Carey sexes Santa up like no one has before, I hope to teach them how to handle the heart-breaking famine in this world with a bit more sensitivity.

Or maybe, just maybe, we will have found a solution by then.

Posted by Karri-Leigh P. Mastrangelo at 11:30 AM