If You Read Only One Thing I'll Ever Write, Let This Be It 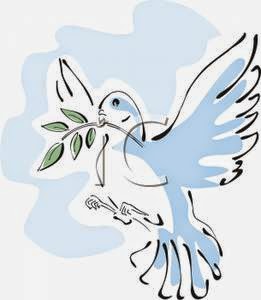 I need to start off with an honest disclaimer that this story is not my own.  A very wise Minister shared it with me, and I must share this very paraphrased version with you.
(Though I've a talent or two, I'm sorry a photographic memory is not one of them.)

Many years ago, a mother lost her only son in a gang related shooting.  An innocent victim, he was the unlucky target of a deadly initiation process.  Thankfully, the young perpetrator was caught by authorities and convicted.  At his sentencing, the victim's mother stood in the courtroom and shouted repeatedly, "I am going to kill you".

Months later, the still-grieving woman found herself visiting the shooter in prison.  Unsure of her intention, or even whether or not she would speak, she felt compelled to look into the eyes of the boy who had taken her son's life so prematurely.

Again and again she visited, often bringing him toiletries or baked goods.  With no other visitors, the boy was completely alone.  In many ways, so was she.

Years went on and eventually the boy, who'd since become a man, was nearing his release date. "What's your plan?", she asked fearfully.  His answer, simply "I don't have one", was unacceptable to her.  She knew where his poor planning had landed them both.

So on the day of his departure, the woman took her son's murderer to live in her home.  Helping him get back on his feet was better (and safer) than leaving him to face the world with no support, she thought.  As time went on, he proved to be helpful, responsible and committed to becoming a better man.  So through a friend, she was able to find him employment.  Eventually he saved some money, got an apartment and packed up to set out on his own.

But before he did, he reminded her.  "I remember that day, in the courtroom.  You screamed over and over again, 'I am going to kill you'".

"I did", the woman said, "I killed you with kindness".