Halloween Made Me Question If I Am Abusing My Kids... Or You Are Abusing Yours

My daughters go to a nut-free school.  Well, let’s face it.  I live in Los Angeles.  There are plenty of nuts at her school, but no tree nuts. 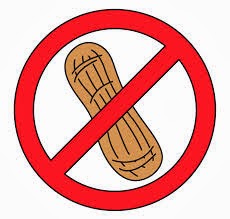 On Back to School night, I asked in both of their classrooms if there were any children with food allergies or dietary restrictions.  Among several allergies, we also discovered some vegetarians and vegans.  My daughters are 3 and 5 years old.

Fast forward what felt like a mere number of hours, and Halloween was upon us.  Like many schools, ours too has a no candy policy.  So we dressed up for the costume parade, did some insane ‘Trunk’ or Treating that would put LA's finest set decorators to shame, grabbed some pencils, bubbles and stickers, and left our sweet teeth at home.

The abbreviated school day concluded with a family style snack time in the classroom, cucumber sushi rolls included.  Teasing aside, it was a great morning, after which we went home to rest up for a night of "real" Trick or Treating where nut filled, non-vegan candy would abound.

So like any other time when I had a long list of to-dos that I should have been concentrating on, I let myself be distracted by a debate I have muddled over many times before.

Is it right for parents to force their own dietary choices upon their young children?

Many limitations are imposed for religious or ethical reasons, and it is those that I put in question.  My daughters enjoy playing with a neighborhood friend who cannot eat in our house because we do not keep Kosher.  And though I feel terribly that I cannot offer her a snack, I know she does not pine for the Halloween themed Oreos in my cupboard.  Or does she?

I consider becoming a vegetarian at least once a month, before mixing up an incredible Sriracha based marinade (while I can) and throwing a flank steak on the grill.  I haven’t made the jump for a number of reasons, ranging from the fact that I am very anemic and crave red meat to fear of the extra effort it would cause me in the kitchen because I would not want to force a vegetarian lifestyle on my children until they are old enough to weigh in on the subject for themselves.

I feel like forcing one or the other is very wrong… I am just not sure which one.