Who's To Blame For The Latest Inappropriate Halloween Costume? You Are.

A scary thing happens in this world once "Back to School" signage is replaced with all things "Pumpkin Spice".  Scarecrows replace swimmies in supermarkets and vanilla scented candles wipe out any lingering aroma of suntan lotion in homes.

(On a side note, I read once that burning an endless number of vanilla scented candles in your home will never cover up it's disfunction.  FYI.)

Being an east coast girl at heart (or at least by birthright) I cannot help but depend greatly upon the commercialization of seasonal change, as my car thermometer has read well into the 90's for the last week here in Los Angeles.  One thing I can't stand, however, is October's onslaught of articles aimed at "inappropriate", "tasteless" or "downright offensive" Halloween costumes.

Granted I've gotten a bit caught up in the hoopla before.  There was the one Halloween that planning a school party became so difficult due to multiple dietary restrictions in the classroom that I began to question how far is too far when it comes to limiting our children's intake.  Then there was the time even I got caught up in the fact that no size 2T Halloween costume should be called "Naughty Leopard".

I am still a firm believer that a woman (or certainly a little girl) doesn't need to be a slut to be a superhero.  But, the tone of so many costume-related pieces I've read lately has changed my tune a bit on who is to blame for this seemingly never ending cycle.

Whether it's complaints about Caitlyn Jenner: 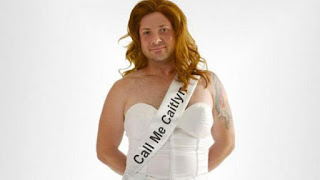 or Cecil the Lion Killer: 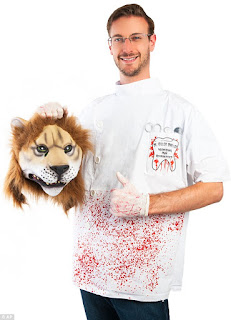 or this interesting take on #BlueLivesMatter: 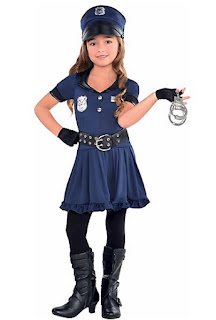 My opinion on each is the same.

I was a cigarette smoker through high school and most of college.  I will never forget the first shower I took after a night out in a bar as a non-smoker.  I untied my mane of long curly hair to wash it, and the moment the water hit my hair, it smelled like an ashtray.  I was repulsed.  But did I blame Marlboro?  No.  I blamed myself.

I believe the same applies here.

If we as consumers were not purchasing offensive costumes, manufacturers wouldn't be so motivated to make them.  Just as a television show can be pulled off the air mid-season because no one is watching, I'm sure that Party City would happily replace a poorly selling "Clock Bomb Boy" (inspired by 14 year old Ahmed Mohamed, who proudly brought a homemade timepiece to school before being handcuffed and questioned by authorities who suspected it may be an explosive). 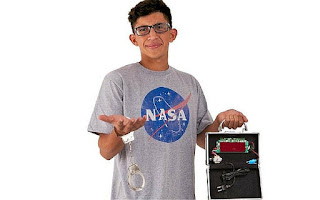 To blame manufacturers for designing and profiting from questionable or tasteless Halloween costumes is diverting our attention in the wrong direction.

Blame the frat boy who buys "I Am Cait".  Blame the parent who buys fishnets and a garter for her young daughter.  Or, blame the person thoughtless enough to mock an incredibly intelligent Muslim teen who was scrutinized and shamed for doing what a blonde hair, blue eyed girl would have been commended for beyond words.

Manufacturers are simply doing their jobs by turning profits.

We as consumers are the ones at fault.

Actually, I think the look on "Ahmed's" face says it all.