BREAKING: You Don't Need To Be A Slut To Be A Superhero

Let’s face it.  Walmart isn’t to blame for this costume (which I actually find on the less offensive side of the argument) which they stripped from their shelves days ago after public outrage. 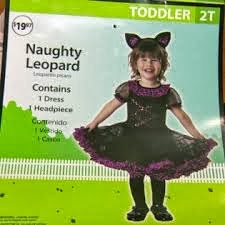 The designers, buyers, retailers, advertisers and manufacturers are not to blame.  We are.  You  are. And I am.

Well, not me, literally… But we, the consumer, are to blame.  As are we, the parents.

I’ve learned to trust very little on Facebook, especially after having seen an adorable photo of my college roommate's children stolen by a coffee company and falsified with a tear-jerking (but bullshit) slogan for their marketing campaign.  So, it was with a grain of salt that I took this recent post from the Facebook group (strangely) titled “My Room Was Clean, But Then I Needed Something”. 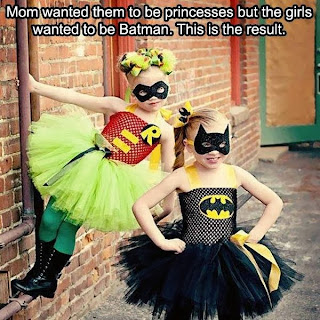 Still, it infuriated me. Even if the caption on the ridiculous meme is true, or isn’t, there is something inherently wrong with the photo.  I’m all for a tutu, legging and boot combo, but the unnecessary sexualization in this photo is ridiculous.

Let's hope the lesson is simple.

You don’t need to be a slut to be a superhero.

Posted by Karri-Leigh P. Mastrangelo at 10:11 AM